INTERVALE NH – The September 13th Cold River Radio Show hosted by Jonathan Sarty features exclusively New England based artists, performers, authors, and storytellers. The show focuses in on the unique culture of the North East and is held at Theater in The Wood in Intervale, NH 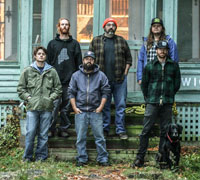 The Mallett Brothers Band
An alternative/country/rock and roll band from Maine. Leaning slightly more rock than what we typically think of as country, theirs is a musical melting pot that’s influenced equally by folk, Americana and singer/songwriter influences as by harder rock, punk and even psychedelic music.

David Mallett hails from a small town in northern Maine, and in a career that spans four decades, his music has traveled to all corners of the world. His songs have been recorded by more than 150 artists, including Pete Seeger, Alison Krauss, John Denver, Emmylou Harris, even the Muppets, and his “Garden Song” has become an American folk classic.

Stephen Russell Payne is a fourth-generation Vermonter from the Northeast Kingdom town of St. Johnsbury. A lifelong writer, he has published fiction, non-fiction and poetry in a number of publications including Vermont Life magazine, the Tufts Review, The Vermont Literary Review, Livin’ the Vermont Way magazine and Route 7- Vermont Literary Journal.

Simon Brooks is an award-winning British storyteller, educator and voice over artist who lives wih his family in New London, New Hampshire. Simon has performed and taught all over New England at festivals, museums, schools, libraries, camps, hospitals, and private functions. 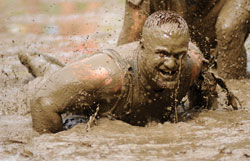 NORTH CONWAY, N.H. — The 2015 Mud Bowl, the championships of mud football, is set to return to North Conway’s Hog Coliseum Friday through Sunday, Sept. 11 through 13. Mud Bowl is always held the weekend after Labor Day.
This year’s theme for the Tournament of Mud Parade Sept. 12 at 10 a.m. is “A Muddy Look at Children’s Books.”

Our next show will be held at the Theater in the Wood Sunday
July 12th at 7pm. Join us as we welcome the fabulous
Lonely Heartstring Band, and other very special guests.