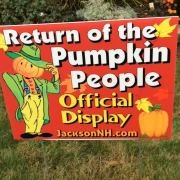 This premiere event is celebrating its 38th year. This event is a self-guided tour available to you throughout the day or evening hours at your leisure.

Our businesses hosting Pumpkin People work very hard at creating the displays for your enjoyment… this year we anticipate even more displays than usual with more than 50 displays. You see Pumpkin People doing just about anything and sometimes even the impossible. Please remember to vote for your favorite. There is a ballot on the back of every map. Maps are available at participating businesses and located in brochure racks throughout the area. Ballots can be dropped off at any of the participating businesses or at the Chamber offices. New Hampshire, and especially our area, offers some of the most beautiful and awe inspiring views and events… please remember we need your help to keep the incredibleness going. Remember to thank your front line employees and as things challenge us during times such as Covid days be mindful that the challenges fall upon us all. Working together to be able to offer events such as this is something we all need to strive for… levity and fun can wash away stress. We thank you for respecting our State’s recommendations and or mandates that may be in place at the time of this event and or any of our events. If restrictions are tightened or loosened we shall be sure to keep this page up to date. Be well everyone and lets enjoy the little things which make us smile!

Maps and People Choice Award Ballots will be available by September 15, 2022. You can request them by calling the office at 978-580-0905, sending an email to info@jacksonnh.com or picking one up at any of the participating businesses located throughout the Conway and Jackson, NH areas.

Check back often for updates. Thank you! 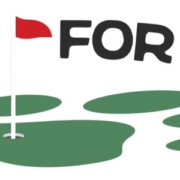 NORTH CONWAY NH – On August 29, the Conway Area Humane Society is holding its annual Putts for Pets Golf Tournament. As many of you know, CAHS is committed to rescuing, rehabbing, and re-homing an array of pets in the Conway area. They take in strays, rescue pets from kill shelters in the south, work with the local Animal Control Officers with quarantine and maintain a large boarding facility in Conway. To see one of their feel-good stories learn about Setter Sam. 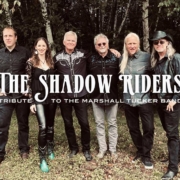 Along with a new stellar 6 piece ensemble, the Shadow Riders perform hits like “Can’t You See” and “Heard it in a Love Song.”

The Shadow Riders is a name Toy Caldwell used for his backing group for a time and the title of one of his songs. Along with a new stellar 6 piece ensemble, the Shadow Riders perform hits like “Can’t You See’, “Heard it in a Love Song” and “Fire on the Mountain.” You’ll hear other popular tunes like “Take the Highway”, “This Ol Cowboy”, “Blue Ridge Mountain Sky” and some “deep cuts” as well. Marshall Tucker were known for their innovative melding of Country Blues, Southern Rock, Western Swing and Jazz. The Shadow Riders enthusiasm for this music is infectious, the stage show is engaging as they pay tribute to an iconic American Group.

This is an outdoor dinner concert. Should Inclement weather occur, the event will be moved inside the Tavern.

NORTH CONWAY NH – This two day art show is the signature event of the Mt. Washington Valley Arts Association. Fine artists and craftspeople are invited to sign up.

The art show traditionally attracts hundreds of visitors for the weekend who come to admire the talent of these artists and buy a treasure for their own. Approximately 60 artists and crafts people will be represented in all media, including watercolor, oil and acrylic painting, photography, sculpture, mixed media and more.

Everyone is welcome to browse through the displays and meet the artists themselves. It’s a perfect opportunity to purchase original art. The event attracts local and regional artists. Judges will award cash prizes in several categories. 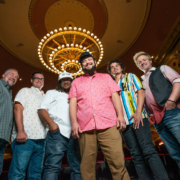 NORTH CONWAY NH – Though his career began over a decade ago with genuine rock n’ roll honky-tonk, Wainwright has broadened his artistic scope over the years to include music representing virtually every corner of the roots music world. His insatiable interest in music discovery, sheer love for entertaining and curiosity have led him all around the world, and the resulting perspective is a reflection of his passion for entertaining and creating progressive roots music in an effort to move the art-form forward. Composer, producer, vocalist, and award wining entertainer and piano player; Victor Wainwright is a raucous high-octane, dynamic performer and crowd pleaser with soul to spare.The name of Victor Wainwright’s band – and the sleeve image of their albums – is also the most fitting of metaphors. In music folklore, the train might have associations with the freight-hopping bluesmen of yore, but with this restless boogie-woogie innovator stoking the furnace, Wainwright is a charging locomotive – surging forward, crashing through boundaries of genre, sweeping up fresh sounds and clattering headlong past the doubters.

As the man himself hollers in the ivory-pounding track, The Train: “If you wanna boogie get aboard the train/Get yourself a ticket or get out of the way…” At a sweet-spot in his career, where most established stars would rest on their laurels, Victor Wainwright & The Train instead rips up all that has gone before, pricking up ears in a sterile music industry and stretching the concept of roots in bold directions. Among his numerous accolades: Wainwright has won six total Blues Music Awards, charted #1 on the Top 10 in the U.S. Billboard and was Nominated for a 2019 GRAMMY. 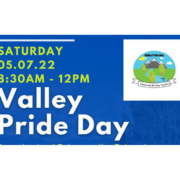 NORTH CONWAY NH – Valley Pride Day is an annual litter clean up day in the Mount Washington Valley and western Maine that will take place May 7, 2022. Everyone comes out to clean a stretch of road in their community. Participating towns will each have a contact person who will provide a masks-on supplies distribution process. Follow our page for details.

The 2022 event is committed to keeping participants safe and thus will not be holding a large group public celebration. Every spring community members, young and old, come together and work to keep our corner of the world clean and beautiful.

Save the Date! Spread the word! Sign up to act as Lead Contact for your town. Seeking volunteers to post flyers in each town. FMI rmellady1@yahoo.com 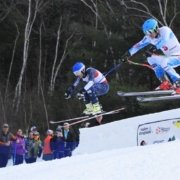 BARTLETT NH – The Red Parka Pub Challenge Cup Committee is happy to be presenting the 47th Annual Challenge Cup Race. The committee is setting a modest fundraising goal of $10,000 and “Bump It Up” yet again this year.

***UPDATE*** As of 1/14/21
Due to rise in COVID cases, there will be no Bib Draw at the Red Parka Pub the night before the race or skier buffet and raffle/auction after the race this year in Ptarmigan’s Pub. PLEASE REVIEW ALL INFORMATION BELOW TO UNDERSTAND HOW THIS YEAR’S RACE WILL OPERATE.